We Failed in Flint. Here’s How to Avoid Making the Same Mistakes in Climate Policy. 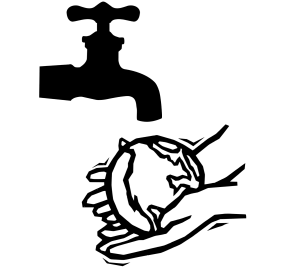 The same four mistakes that led to tragedy in Flint are repeated in other cities and, dangerously, in the realm of global climate policy. To create a just and sustainable world we must learn to recognize and rectify each of them.

Mistake #1 - Breaking the feedback loops between those who make decisions and those who live with the consequences. Flint residents complained for months about the safety of the water flowing out of their faucets, but decision makers and policy enforcers did little in response. There was plenty of evidence of a problem, but those who knew about the problem didn’t have access to the power to fix it. That kind of poor system design shows up in climate policy as well. The people who are watching their islands succumb to sea level rise or their cultural traditions and food sources disappear under rising temperatures are, by and large, not the people who are drafting climate treaties or implementing energy policy on the international stage.

Solution #1 - Give decision-making power to those who will live with the consequences of the decision. The people who drink the water should decide about its management, and the people who are feeling the impacts of climate change should have a deciding vote in climate policy. Climate impacts disproportionately hit low-income people and people of color. Good system design (but not current reality) says that the people being slammed by climate change are the best people to craft a response. In that sense, voter registration drives in low-income communities, ‘black lives matter’ actions, and community organizing in support of a livable wage, by increasing the power of marginalized groups, are also investments in a livable climate.

Mistake #2 - **Silencing the voices of nature and future generations. **The current crisis in Flint began with the switch to the Flint River as a water source. That water source had elevated levels of chloride, likely from runoff containing road salt, making it corrosive to Flint’s water pipes and possibly damaging to aquatic life in the river. Who speaks for the river or the beings that swim in it? Who speaks for the children, those most vulnerable to lead toxicity, but too young to have a political voice? And who speaks for the future generations who will bear the brunt of the consequences of climate change?

Mistake #3 - Failing to recognize that irreversible threats require a different mindset than reversible ones. As a parent I can’t think of many words more horrifying than ‘irreversible neurotoxicity’, but that’s what parents in Flint are facing now. Climate change is also irreversible, at least on humanly relevant timescales. With irreversible impacts, you can’t afford to wait and see how bad something is, and then decide to fix it if the impacts are unpalatable. Lead poisoning and climate change aren’t like potholes or park benches. They aren’t things that you can fix or reposition after you find out you don’t like living with them as they are. But the Flint water managers and the global climate negotiators persist in treating irreversible problems with too much of a ‘wait and see’ attitude.

Solution #3: Precaution. Doctors, emergency managers, and the military all know the solution that’s called for when the consequences are dire and irreversible. So do parents. If you can’t bear the consequence of a risk, then don’t take that risk. It’s called the precautionary principle in policy discussions, but it’s also just simple common sense.

Mistake #4: **Failing to invest in prevention, leading to wasteful and potentially catastrophic bills later on. **News articles report that the corrosion problem in the Flint water system could have been solved with a relatively inexpensive anti-corrosion additive. Today, because that preventative measure was not taken, bills are mounting –for emergency response, bottled water distribution, filtration systems, and medical intervention. For some (hopefully very small) number of people, there could be a lifetime of costs to try to compensate for neurological damage. Prevention would have been so much cheaper than trying to ameliorate the resulting damage. The same is true for climate change where the costs to transition to a low-carbon economy are miniscule relative to the costs of trying to carry on in a destabilized climate.

Solution #4: Prevention. It’s not always glamorous, but there is nothing more prudent or effective than preventing problems in the first place. We know this in our own lives, where, like precaution, prevention is common sense. Repair the roof before it leaks, change the oil before the engine seizes up, quit smoking before you fall sick.

Whatever fear, grief, anger, disbelief, or horror you are feeling as the crisis in Flint unfolds, imagine those feelings expanded to planetary scale. Flint gives us a preview of the regrets that come from failing to act soon enough.

The biggest difference between Flint and the global climate is that much of the harm of climate change can still be prevented.

The path is by no means fully mapped, but the story of Flint and decades of wisdom from environmental justice leaders show us the first steps to take. Give voice to the marginalized and to future generations. Don’t risk what you can’t afford to loose. And invest a little bit now to avoid being hit with a bill that will be too big to pay in the future.