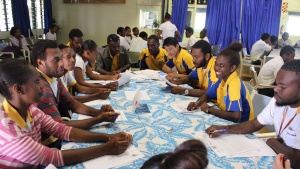 Seeking to balance global well-being with national self-interest, the young people deliberated within their country groups to produce a pledge. Some groups attached conditions to their offers; those playing India mandated that both China and the United States had to reduce emissions before they began lowering theirs, while Australia was willing to give $5 billion to the Green Climate Fund provided the money did not go to China. The participants engaged in spirited debate before pledging their final rates of emission reduction and afforestation. Despite deals brokered and concessions granted, the first set of country pledges were not enough to meet the goal to limit warming to 2°C. 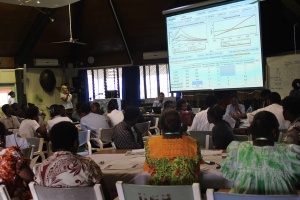 The COP 21 simulation seemingly mirrored some dynamics of past summits. Youth representing China received criticism for their high emission rates and lack of cooperation. The youth representing the United States gave money, but showed reluctance to reduce their own domestic emissions. The Pacific islands had little incentives to offer other countries, drawing on strong moral arguments for the mitigation of climate change impacts on their livelihoods. All students researched their country positions thoroughly, creating a thoughtful debate. 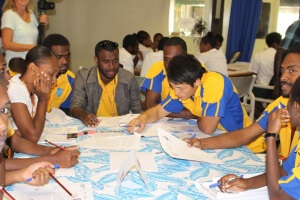 After an impassioned second round of negotiations, global altruism triumphed over national self-interest and the youth reached an agreement that confined temperature rise to less than 2 degrees. Vanuatu’s actual national climate negotiator Shirley Laban helped break the stalemate between Australia and India: “You powerful industrialized countries worry for your money and your industry – but we in Vanuatu fear for our livelihoods, our food security and our children’s future. We must work together to come to an agreement; the human stakes are too high.” 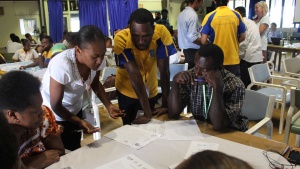 Vanuatu’s Youth Climate Summit was the first negotiation simulation of its kind to be held anywhere in the Pacific Islands. As the generation that will bear the burden of climate change, Vanuatu’s youth are poised to spur both national and international leaders to action. 350 Vanuatu leader Emil Samuel said, “Today the youth of Vanuatu united to negotiate a treaty on climate change that will help us preserve our environment, livelihood and customary way of life. We can only hope that real world leaders can do the same.

This innovative climate event for youth was organized by 350 Vanuatu, SPC/GIZ Climate Change, University of the South Pacific, Oxfam, and the Vanuatu Climate Action Network. For more information, contact vanuatuclimatechange@gmail.com. 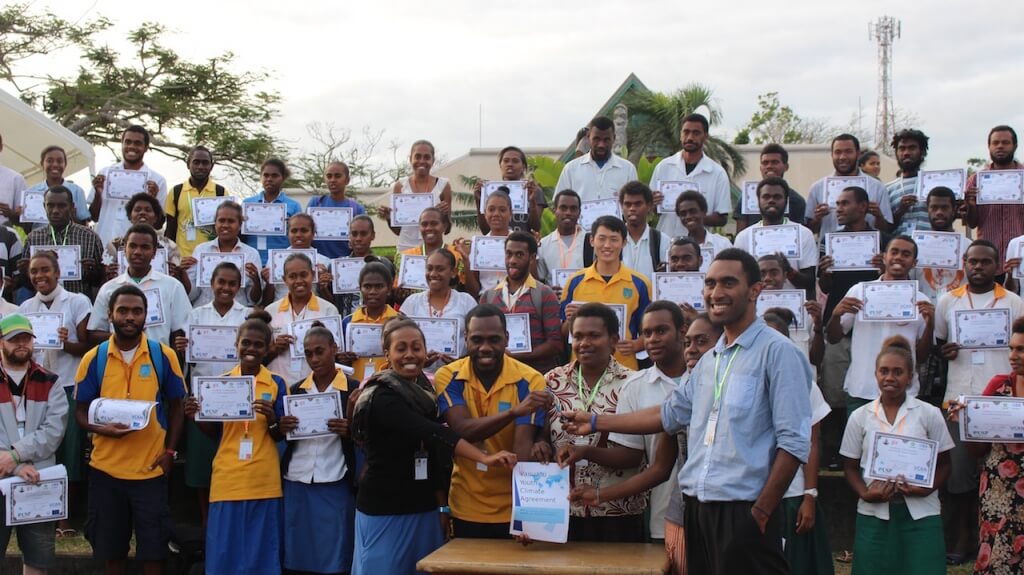