How can we get World Climate translated into more languages? 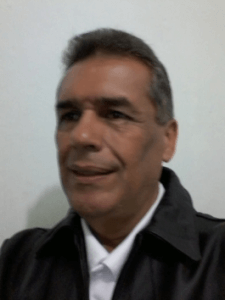 When I was leading a World Climate simulation at the 2014 Latin American System Dynamics Congress in Alajuela, Costa Rica, one of the participants, a Brazilian researcher named Dr. Luis Ambrosio expressed keen interest in the game. He told me he wanted to translate the World Climate materials into Portuguese so he could present the simulation to his students in Brazil.  For him it would be easier to use the Spanish translations as a starting point.  I sent him my Spanish translations, but didn’t give it any further thought.

Why am I taking the time to tell you this story?  All World Climate materials are currently available in English.  Varying portions of the materials are also available in Spanish, French, Portuguese, German, Mandarin, Farsi, Japanese, Russian, and Norwegian. Materials include one or more of the following:  briefing papers, PowerPoint slide decks, facilitation guide, pledge sheets, and more.  Of course, it would also be a huge plus to have the how-to video subtitled and C-ROADS and C-Learn available in various languages.  As newly updated, post-Paris Agreement English-language materials are up on the website, I hope that more World Climate supporters will volunteer to translate as much of the material as possible into additional languages, and to update the older translations. 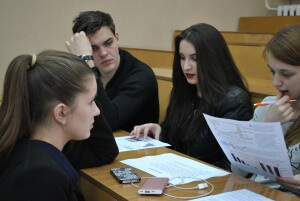 World Climate being played in Russian in Minsk, Belarus.

A year after I first met Dr. Ambrosio, I ran into him again at the 2015 Latin American System Dynamics Congress in Cartagena, Colombia, at a train-the-facilitator World Climate event.  I was so happy to hear that he had, indeed, translated the materials into Portuguese.  Dr. Ambrosio even translated the survey questionnaires being used to collect data to study the educational impact of World Climate.  We need more people willing to help in this way.  I was so happy to be able to put Dr. Ambrosio in contact with the staff at Climate Interactive so that his translations could be published on the Climate Interactive World Climate webpage. Maybe you or someone you know can contribute to our goal of reaching as many people around the world as possible to build climate change awareness, increase people’s capacity to discuss the issue, and motivate people to take action.

If you can contribute by translating World Climate documents, please contact Climate Interactive at info@climateinteractive.org.