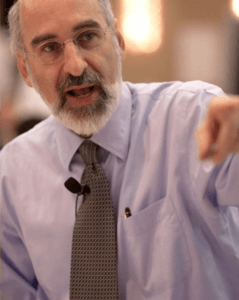 By Shanna Edberg and Andrew Jones

Climate Interactive partner and MIT professor John Sterman was elected as a 2017 fellow of the American Association for the Advancement of Science (AAAS). AAAS fellows are elected by their peers as recognition of their “meritorious efforts to advance science or its applications.”

Here at Climate Interactive, we knew him first as the professor who taught many of us to build (and love) system dynamics models and set high standards for their scientific rigor and excellence. As a team member, we respect that he walks his talk — he led the design of MIT’s most efficient building and his own zero-emissions home outside of Boston. Finally, John shows us all how to simultaneously face the harsh reality of the state of the world (students call him “Dr. Doom”) and also work with indomitable spirit to make it better.