As global warming advances, much of the planet’s most vulnerable population is already seeing its livelihood affected. In some cases, the effect is so strong that people must uproot their lives entirely and join the growing ranks of the world’s environmental refugees. 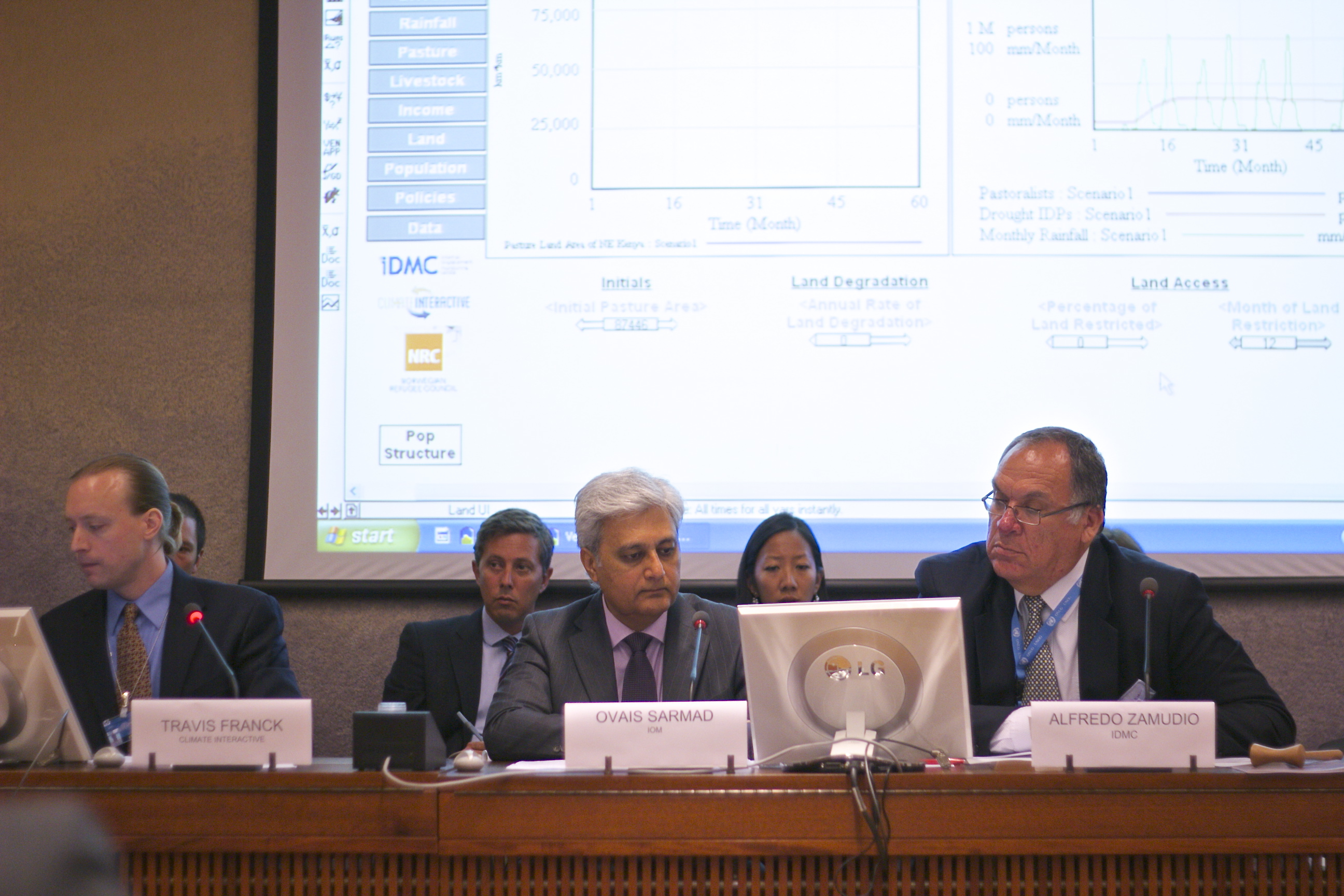 It was in this context that Climate Interactive showcased some of our latest climate tools at the United Nations Economic and Social Council (ECOSOC) Humanitarian Affairs Segment in Geneva last month.

Presented by Dr. Travis Franck, the Kenya Pastoralists Drought-induced Displacement Simulator seeks to apply systems thinking to policies aiding environmental refugees in Northeast Kenya. As pastoralists who live off the land are increasingly displaced by droughts in this part of the world, governments and humanitarian organizations are hoping this model will help them develop the appropriate adaptation strategies.

“We’re using a model that’s never been used in this arena before,” Franck says.

The simulator, which Climate Interactive developed in conjunction with the Internal Displacement Monitoring Center (IDMC), allows users to create various “what if” scenarios by adjusting human, economic and environmental variables such as rainfall, pasture quality, income and international assistance.  Then, in real time, the simulation generations reports on the amount and rate of displacement under these scenarios.

Systems thinking is known to reveal counterintuitive effects, so some of the models outcomes may be surprising to users.

“Systems thinking can help us see how things that might not have that much impact in the near term will have a much larger impact if given enough time,” Franck says.  “If we understand these time delays, we can create better policies in the future.”

With funding from the European Union, Climate Interactive and the IDMC are currently expanding the Kenya simulation to incorporate bordering regions in Ethiopia and Somalia and extend the simulation’s time horizon to 2040. The hope is to equip the Horn of Africa, one of the world’s most vulnerable areas to droughts, with an adaptation tool enabling it to manage the unavoidable effects of climate change that have already set in.

“There’s a growing international concern about environmental refugees,” Franck says. “These situations happen all the time as a result of droughts or floods. That’s going to happen more frequently and I think it’s also something that’s going to become more permanent as global warming advances.”

“The good news is that there’s a strong desire from ECOSOC and other organizations on the Humanitarian Affairs panel to innovate in this space and create durable solutions,” he adds. “I think this will really come out as more projects and partnerships materialize in the future.”