Today at a Back-to-School Climate Education Event at the White House, Climate Interactive, in partnership with the MIT Sloan School of Management and the University of Massachusetts Lowell Climate Change Initiative, launched the World Climate Project, featuring a role-playing simulation game that puts teams, classrooms, and community groups into the role of international climate negotiators to create pathways to climate solutions.

The World Climate simulation enables participants to come to their own conclusions about how the world can address climate change and test them with cutting-edge computer software that incorporates the best available science in use by top negotiators. Climate Interactive and its partners are releasing the free and newly updated World Climate materials today for worldwide use. Through these simulation games, Climate Interactive plans to reach more than 10,000 people by December, when nations will come together to finalize a global agreement on climate change in Paris.

Pilots of World Climate have been held worldwide. Last week, over 80 students in Vanuatu, a small island nation in the South Pacific facing devastating impacts from climate change, participated in an event. Other participants in the 3-hour long game have included middle school students, government officials, and top business leaders.

With new materials and online trainings and videos just released, World Climate is more accessible than ever. The exercise has transformed thinking in living rooms, classrooms, and boardrooms across the country and around the world.  After participating in World Climate, Courtney James, a recent graduate of the University of Massachusetts-Lowell said, “The World Climate Exercise made the consequences of climate change feel more real to me, further fueling my motivation to address climate change.”

Attend one of Climate Interactive’s free webinars and explore the materials to learn more about facilitating the World Climate Exercise: /world-climate-project/ 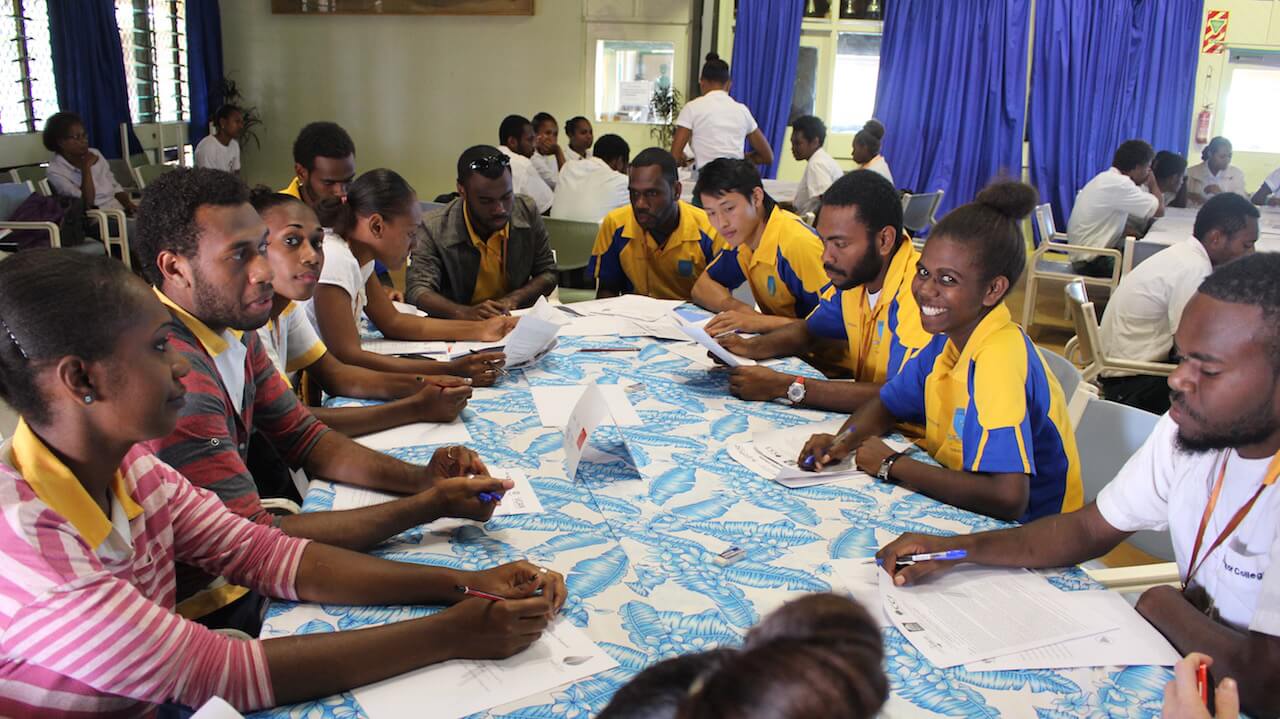 Young people in Vanuatu participate in a World Climate event on August 13, 2015