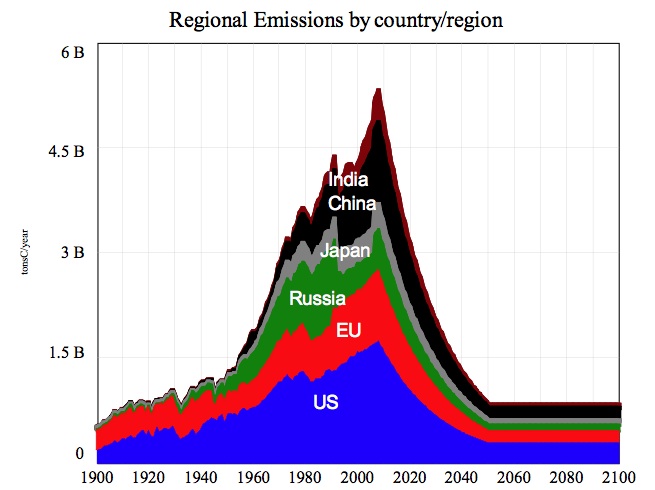 For information, background materials, and other info on C-ROADS, visit our project website on the simulator.

Our team from Sustainability Institute, Ventana Systems, and MIT in the U.S. has developed “C-ROADS”, (formerly called “Pangaea”) a decision-maker-oriented international climate simulator and is engaging partners to use it to supporting climate policy design at the national and international scale.

As opposed to most climate models, which take significant time to run and are designed for scientists, this simulator will be posted as freeware on the internet, can be used by most anyone, and runs in less than .1 second on a laptop.

The simulator operates at three levels of regional disaggregation — 3, 7, or 14 global negotiating blocs. So we can ask questions such as “what if all countries follow their current commitments?”  IE, what if the EU really reduces emissions 80% below 1990 by 2050, the US follows something like the Warner-Lieberman Act, Mexico drops 10% below 2004 by 2014, and China continues decreasing its emissions intensity and so on?

In practice negotiations and in strategy conversations, we’ve seen the simulator help both technical and non-technical people quickly understand the long term implications (CO2 concentration, temperature, sea level rise) of climate agreements while considering per capita, cumulative, future, and current emissions as well as GDP, populations, and emissions intensity. Potential uses range from private strategic planning sessions to “mock-U.N.” negotiations (at MIT , for European business leaders in Greenland, and for national security strategists in Washington DC with the Center for a New American Security) to posting the simulator globally in multiple languages to help global citizens understand and influence mitigation approaches. 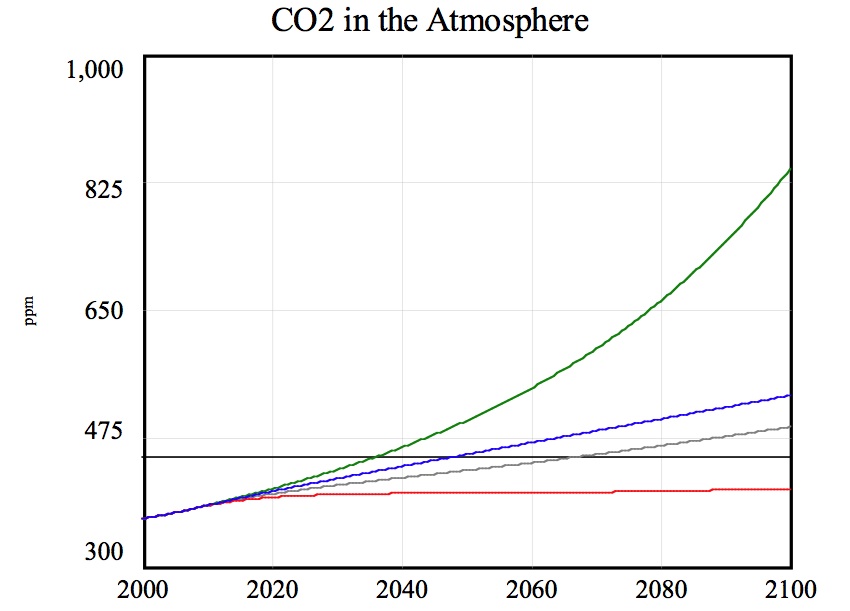 In order to learn more, explore our project website’s section on C-ROADS, which contains an extensive reference guide, slide decks with simulation output, summary documents, the statement from the scientific review, and a white paper with insights emerging from the simulator.

The advanced, most technical, version of C-ROADS is being used exclusively via the Climate Action Initiative, a partnership of the Heinz Center, Sustainability Institute, Active Philanthropy, and Executive Learning Partnerships.

If our partnering and fundraising goes as planned, soon this model will available online for the world to use, adapt, extend, and translate into new languages, via our Climate Interactive effort and partnership with Forio.