A group of German college students learned that early action is needed in the fight against global climate change when Professor Dr. Florian Kapmeier led them in the World Climate exercise.

The event was highlighted in Reutlinger General-Anzeiger, the local newspaper where the students attend college. 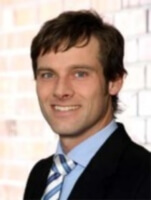 The students, who attend Reutlingen University’s ESB Business School in Baden-Württemberg, Germany, dived into their simulated roles as United Nation delegates, making difficult decisions and negotiations as they tried to come to a global climate agreement that aims to keep global temperature rise below 2 degrees Celsius.

“It is easier for the students to learn about the need to act with the game set-up than with a 90-minute presentation,” said Dr. Florian Kapmeier.

Reutlinger General-Anzeiger, the local newspaper in the city of Reutlingen, Germany, covered the event.