**Cambridge, Mass., January 16, 2018 – **Wood is increasingly being used to replace coal as a source of electricity generation in many regions such as the European Union, where policymakers have declared it “carbon neutral.” However, new research from researchers at MIT, Climate Interactive, and UMass Lowell reveals that displacing coal with wood for power generation can make climate change worse for many decades or more.

In the new study, Does replacing coal with wood lower CO2 emissions? Dynamic lifecycle analysis of wood bioenergy, the researchers—John Sterman, the Jay W. Forrester Professor of Management at MIT Sloan School of Management; Juliette Rooney-Varga, Director of the UMass Lowell Climate Change Initiative and Associate Professor of Environmental Biology; and Lori Siegel, PhD, Senior Modeler for Climate Interactive—examine the climate impact of replacing coal power generation in the EU and UK with wood pellets sourced from forests in the Southern United States. The paper is published in the academic journal, _Environmental Research Letters _and can be accessed online at http://iopscience.iop.org/article/10.1088/1748-9326/aaa512/pdf 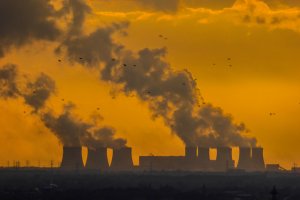 The researchers found that wood pellets burned in European and UK power plants, such as the Drax facility in North Yorkshire—which has transitioned some of its coal power generation capacity to wood pellets with the support of UK government subsidies—actually emit more CO2 per kilowatt hour than that generated by coal. This is because wood is both less efficient at the point of combustion and has larger processing and supply chain emissions than coal. Their research shows that using wood instead of coal in power generation increases the amount of CO2 in the atmosphere, worsening climate change until—and only if—the harvested forests regrow.

US forests are a main source for EU wood pellet imports, which have been rising as demand has grown. These forests grow back slowly, so it takes a long time to repay the initial “carbon debt” incurred by burning wood instead of coal. For forests in the central and eastern US, which supply much of the wood used in UK power plants, the payback time for this carbon debt ranges from 44 to 104 years, depending on forest type—and assuming the land remains forest. If the land is developed, or converted to agricultural use, then the carbon debt is never repaid and grows over time as the harvested land emits additional carbon from soils.

The research was conducted with the use of a system dynamics model, based on the award-winning Climate Rapid Overview and Decision Support (C-ROADS) simulator. Launched in 2008, the model was reviewed by an external scientific review committee, chaired by Sir Robert Watson, former Chair of the Intergovernmental Panel on Climate Change (IPCC). A summary of their review can be accessed here.

Prof. Sterman sums up the findings this way: “It’s like an investment in which you give your bank $1,000 today. They promise to pay you back, but only over 80 years, and only if they don’t go out of business first or decide there’s something else they’d rather spend your money on. You’re better off if you keep your money. In the same way, it’s better to keep the trees on the land and keep all that carbon out of the atmosphere.”

The researchers also explored an increasingly common scenario in which hardwood forests harvested for bioenergy are replaced with faster-growing loblolly pine plantations. Surprisingly, replanting with fast-growing pine plantations worsens the CO2 impact of wood because managed plantations do not sequester as much carbon as natural forests.

They also found that continued growth in wood use, as many predict, will worsen climate change throughout the rest of this century, or longer.  This is because the first impact of substituting wood for coal in power generation is an increase in CO2 emissions.  Even if the forests eventually regrow, notes Prof. Sterman, each year the new carbon debt from increased harvest and combustion outweighs the regrowth, just as borrowing more on a credit card each month than one is able to pay back will steadily increase what he or she owes. For countries using wood bioenergy as a component of their climate policies this could take them backwards. Indeed, bioenergy from wood made up 44% of the EU’s renewable energy production in 2015.

“We’re seeing many of the countries, states, and even institutions leading on climate embracing bioenergy from wood because they think it is ‘carbon neutral.’ Our analysis shows that these good intentions may be leading to outcomes that are bad for the climate: net carbon emissions that are worse than coal for many decades and, potentially, for the rest of this century or more,” says Prof. Rooney-Varga.

Porf. Sterman says, “A molecule of CO2 emitted today has the same impact on the climate whether it comes from coal or biomass. Declaring that biofuels are carbon neutral, as the EU, UK and others have done, erroneously assumes forest regrowth happens quickly and fully offsets the emissions from biofuel production and combustion. One way to address the challenges raised in this study would be to count emissions where they occur, for example, at a power plant, and monitor and count carbon removed from the atmosphere by regrowth on the harvested land.”

Critically, the analysis does not support continued coal use as it is the most carbon intensive fuel and a major contributor to climate change. The researchers stress energy efficiency, solar, wind and storage as the cheapest, safest, and quickest ways to cut greenhouse gas emissions while providing the goods and services people need.

The model behind the research is available for scientists and policymakers to design their own scenarios for bioenergy, conduct sensitivity analysis, and get immediate feedback showing the full dynamics, including both short and long run impacts.

The MIT Sloan School of Management is where smart, independent leaders come together to solve problems, create new organizations, and improve the world. Learn more at mitsloan.mit.edu

The UMass Lowell Climate Change Initiative brings faculty, students, and communities together to address climate change through research, education, and developing solutions to transition to a more sustainable and resilient society. Learn more at www.uml.edu/Research/Climate-Change/.

Climate Interactive is a US-based not-for-profit think tank that helps people see what works to address the biggest challenges facing our lives on Earth. Learn more at climateinteractive.org.