All around us in the news, we can find evidence to back up her assertion, from reports of ecosystem decline to income inequality, food insecurity to resource depletion. What do we need to tackle these issues more effectively and bring the earth’s systems back into harmony? For Elizabeth Sawin, one piece of the puzzle is credible, interactive simulations.

Sawin is the Co-Director at Climate Interactive, an organization dedicated to building and distributing climate models and simulations that can inform and power action on climate change. Last Wednesday, I was lucky enough to attend her presentation at Dartmouth College on En-ROADS, Climate Interactive’s newest simulation. Sawin’s hope is that En-ROADS will help people understand how to effectively address the complex challenges of climate change.

The En-ROADS program is a powerful simulation that combines climate modeling with a representation of the global energy system. It allows users to alter the inputs of six different energy sources, as well as factors such as global GDP, carbon price, deforestation, and energy efficiency, to determine how much our global temperature is likely to rise by 2100. At Sawin’s presentation, we were able to adjust details like the rate of retirement for coal plants and the size of subsidies to the renewables industry in an attempt to maintain a “recommended” global temperature change of less than two degrees. 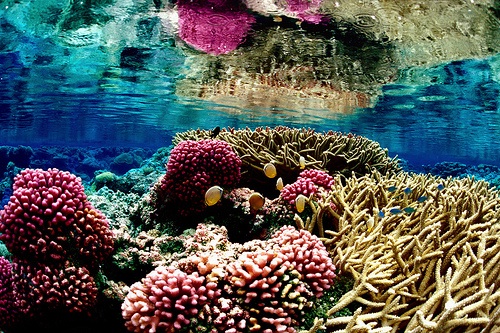 Due in large part to human pressure, up to 27 percent of monitored reef formations have been lost, and as much as 32 percent are at risk of being lost within the next 32 years.

What I learned from En-ROADS is that it won’t be easy. We can’t just invest more in renewable technology tomorrow and expect global temperature to stabilize. But, just as importantly, it can be done.

In the “Business as Usual” scenario, we saw how the global temperature increase hits the 2-degree mark only thirty years from now. By 2100, the temperature is up by 4.5 degrees. Clearly, some big changes need to be made, so we started playing with the En-ROADS inputs.

What would happen if we halted all deforestation? It would help, En-ROADS showed, but not nearly enough: the predicted temperature by the end of the century only dropped by half a degree or so, leaving us well above the 2-degree goal.

What would happen if we also eliminated emissions of other greenhouse gases, such as methane and nitrous oxide? Again, the simulation showed that these measures would help curb temperature increases but would still leave Earth in an awfully hot spot. Clearly, we have to address carbon emissions to reach our target.

Our next experiment was with “New Tech,” the simulation’s quantification of the effects a newly discovered, very low carbon energy source could have on the energy mix. As Sawin noted, she’s encountered a lot of people who believe technology innovation and the development of an improved energy source will be our climate change silver bullet. But does that hope pan out? Unfortunately, not really.

While “all systems go!” on New Tech certainly helped shift the energy mix away from fossil fuels in the second half of the century, it made only a relatively small decrease in temperature change, and it actually slowed the adoption of renewable technologies like wind and solar. Sawin explained that the benefits of New Tech are slow to kick in because of the immense lag in these systems and the warming effects of carbon already in the atmosphere. As she said, “You can’t just instantly go from an invention at a university to changing the global energy system.”

Well then, what would happen if we took action against carbon directly? We tried adding a $100/ton global tax to all carbon dioxide emissions in our simulation. It was the single most effective change we had tried. The tax cut temperature increase by about 1.5 degrees by the end of the century. That big change, combined with other smaller changes like those described above, managed to get our temperature change down below 2 degrees. 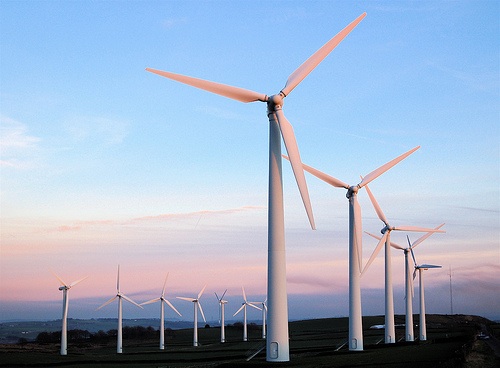 Sawin noted that implementing renewable, low-carbon technologies that already exist is one thing we should be focusing our efforts on right now.

As it turns out, there is no magic formula. Many different scenarios successfully manage to curb temperature increase and keep it at “safe” levels. But, Sawin noted, there are some commonalities among these scenarios. For example, most successful scenarios do include action on deforestation and other greenhouse gases rather than simply changing energy inputs. More importantly, every successful scenario she’s seen involves at least one step that would be heavily opposed by the fossil fuel industry, such as a carbon tax or cap and trade system.

So there we have it, a potential recipe for mitigating climate change. The necessary ingredients are all available: low-carbon technologies like wind and solar, economic methods that penalize carbon emissions, ecosystem services like carbon sequestration. The only hard part of this recipe will be implementing them all together. As Sawin noted, it will take some serious cooperation, action, and political will. Still, she and her colleagues at Climate Interactive believe that through tools like En-ROADS, people will start to see the complex challenges we face and really understand how they interact—and that understanding will lead to the actions necessary to create the future we want.

“What can an individual citizen do?” was the question that seemed to stem naturally from our findings in the simulation. It’s a good one, considering the global scale of the shifts that need to take place. “It’s psychologically really hard to be a well-meaning citizen in a broken system,” commented Sawin. But, she noted, the influence and efforts of well-meaning citizens is the only thing that will repair the system. If we are to succeed in tackling the climate crisis, we must do whatever we can do, wherever we are—educate ourselves about these issues, pass our knowledge along to others, reduce our personal carbon footprints, lobby our schools, workplaces, communities, and governments to do the same. As En-ROADS shows, we can make changes that will help ensure a future in which we can thrive. The sooner we start, the better.